By Listening we learn

By Reasoning we understand

By Tolerating we live in harmony 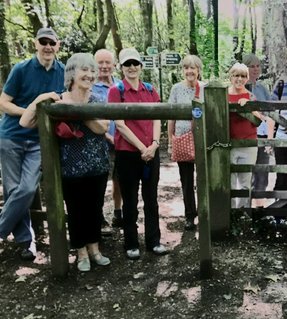 We come from all walks of life, but we all  believe that everyone has the right to search for the meaning to life in their own way.

We believe that religion is far more than any one set of opinions. Instead we gain inspiration from all the great thinkers and teachers of the world, both religious and secular.

And guided by our own conscience, we strive to live together in understanding and harmony, accepting that we all are finding our individual and unique way through life. 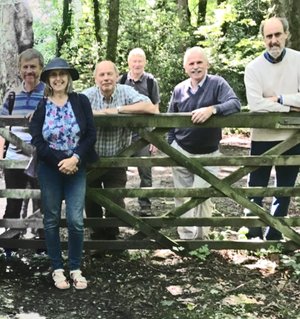 Unitarian roots lie in the 16th century when people were learning to read and could interpret the bible for themselves. This led to questioning and in particular:

The Unitarian movement actually began in Poland and Transylvania in the 1560s.

In England, Unitarian ideas were being discussed by the mid 1600s, fanned by the thoughts of John Biddle and Joseph Priestley. Things came to a head in 1662 when Parliament introduced the Act of Uniformity. This forced the clergy to use the Book of Common Prayer and to swear allegiance to the Bishop. Some refused and had to leave the church but, not defeated, they continued to meet in secret and became known as Dissenters.

Locally, Dissenters met in the open air near Stanage Pole at a place known as the Lord's Seat. Gradually the laws were relaxed and, in 1714, John Fox was granted a licence to use Fox Hall (now Fulwood Hall) as a meeting place. One attendee, William Ronksley, left £400 in his will stating that the interest should be used to build ‘a large and handsome chapel’ for the use of Protestant Dissenters and so our chapel was built.

Today, Unitarian worship is more liberal than our dissenting predecessors. Now we are open minded to all things spiritual. Guided by our conscience, experiences, observations and reflections, we understand that there is no right or wrong way and that we can each find our own spiritual path according to our conscience.

We impose no demands and welcome anyone who is on a religious journey whatever that might be. Here at Fulwood Old Chapel, amongst our members are liberal Christians, Buddhists, Humanists, Agnostics, and those who are simply 'just not sure'. But anyone with an open and sincere heart is more than welcome!

for more information go to the UK Unitarian website